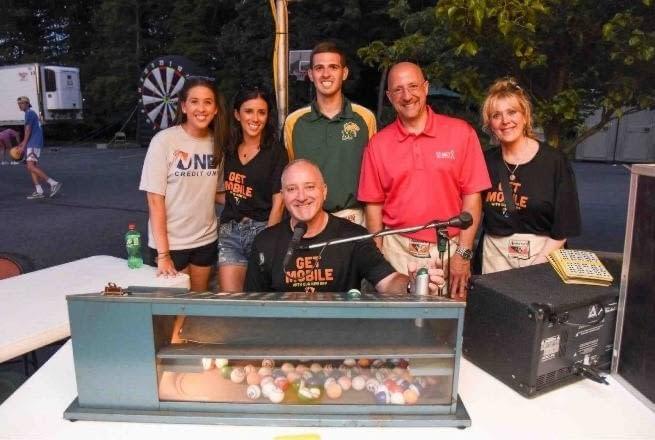 Scranton, PA July 19, 2019- NET Credit Union raised over $1,000 to be donated to the #GoJoe22 Campaign at St. Joseph’s Center. Leading up to the festival, both branches collected donations from employees and members. Employees and volunteers also helped at the St. Joseph’s Center Summer Festival in the BINGO Tent. NET Credit Union has volunteered at the festival for years and hope to keep the tradition going.

The St. Joseph’s Center Summer Festival is a Lackawanna County community staple. The usually hot weekend is filled with volunteers and guests of all ages enjoying all of the fun the festival brings. From the BINGO Tent to the fan-favorite Potato Pancakes, St. Joseph’s Summer Festival does not skip a beat. Seeing so many diverse organizations, work together to make this fundraiser such a success blows people away each year, especially with the donations from the #GoJoe22 campaign.

Led by WNEP Meteorologist, Joe Snedeker, the #GoJoe22 campaign brings in a large portion of the center’s donations. Joe Snedeker hits the road running by riding his bike to raise funds for St. Joseph’s Center. This year, he began his journey in Ohio near the hometown of astronaut, Neil Armstrong, since the ride coincided with the 50th Anniversary of the moon landing. The #GoJoe22 campaign raised $290,728 toward the total donations.

This website uses cookies to improve your experience while you navigate through the website. Out of these, the cookies that are categorized as necessary are stored on your browser as they are essential for the working of basic functionalities of the website. We also use third-party cookies that help us analyze and understand how you use this website. These cookies will be stored in your browser only with your consent. You also have the option to opt-out of these cookies. But opting out of some of these cookies may affect your browsing experience.
Necessary Always Enabled
Necessary cookies are absolutely essential for the website to function properly. This category only includes cookies that ensures basic functionalities and security features of the website. These cookies do not store any personal information.
Non-necessary
Any cookies that may not be particularly necessary for the website to function and is used specifically to collect user personal data via analytics, ads, other embedded contents are termed as non-necessary cookies. It is mandatory to procure user consent prior to running these cookies on your website.
SAVE & ACCEPT